The inext team has successfully completed a media project of developing software and an exclusive set-top box for SkyTel, a telecommunications operator from Georgia.

At the first stage of the project, the operator ordered more than a thousand TV5 SkyTel set-top boxes for its Internet network, which is considered the largest in Georgia. New set-top boxes will be controlled via proprietary Alcatraz service — this will help SkyTel create a unified monitoring system for network media devices.

At the beginning of 2022, the SkyTel company turned to ROMSAT – the official distributor of inext – with a request to develop an exclusive media player. The technical task consisted of several items: the development of a new device and the software modification of existing media players to bring both types of devices to a single standard and control system. As practice shows, few media player suppliers are interested in additional software development and branding. So, the inext team developed a media player for SkyTel based on the popular inext TV5 model with completely individual branding and software. Devices from another supplier, which were already on SkyTel’s balance, but were not used due to the lack of flexible software, have been studied in detail by inext specialists, who developed unified firmware and added the possibility of remote OTA update. Both types of media players are now controlled via proprietary Alcatraz service. 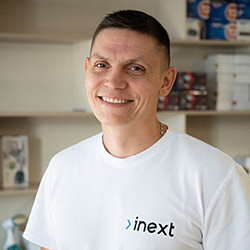 This is not the first time a large operator has turned to us with a request to help with existing software development projects and devices that are already available, – comments Maksym Shchygol, inext Product Manager at the ROMSAT company, on the project. — The media player is a rather specific product that does not work directly out of the box for B2B clients. This product requires an individual firmware, with the specifics of the customer’s business taken into account. The professionalism of colleagues from SkyTel and the inext team made  it possible to implement a rather ambitious project and complete the portfolio with a successful case in the form of a new SkyTel TV5 device.

As a part of the project, a set of improvements was implemented for SkyTel:

It is worth noting the introduction of the unique “Individual timer” feature, thanks to which, after three hours of operation of the box without a request to it (idle), a 60-second countdown appears on the screen, which leads to the system turning off the set-top box. The user can cancel automatic shutdown by pressing any button on the remote control. The individual timer helped lessen the load on the operator’s network and significantly save traffic. As far as we know, this is the first such implementation among operators.

According to the operator’s request, the settings menu was revised and the ability to install applications from the Google Play Market or the file manager was limited. Thanks to this update, SkyTel received a customized media player exclusively for viewing operator content, which had a positive effect on attracting new customers and retaining existing ones. 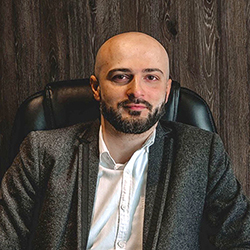 While already being a leader in the telecommunications sector of Georgia, innovation and technological progress are an integral part of our development strategy. It makes it possible to position SkyTel as a powerful player in the market of telecom services, – Mikheil Menabde, IT Project Manager of SkyTel, shares his impressions of the project. — That is why we chose inext media players, since behind them there is a team of experienced professionals and extensive experience in implementing projects for communication operators from around the world.

Inext LLC is a Ukrainian company with an EU representation that specializes in software development and production of Android STBs and media players for B2B and B2C markets. inext specialists perform complex projects from IPTV / OTT to modern multimedia systems in urban transport networks, as well as advertising and informational multi-screen platforms.