Prolific cooperation of inext and SWEET.TV

Company news - STORY OF PARTNERSHIP BETWEEN INEXT AND SWEET.TV 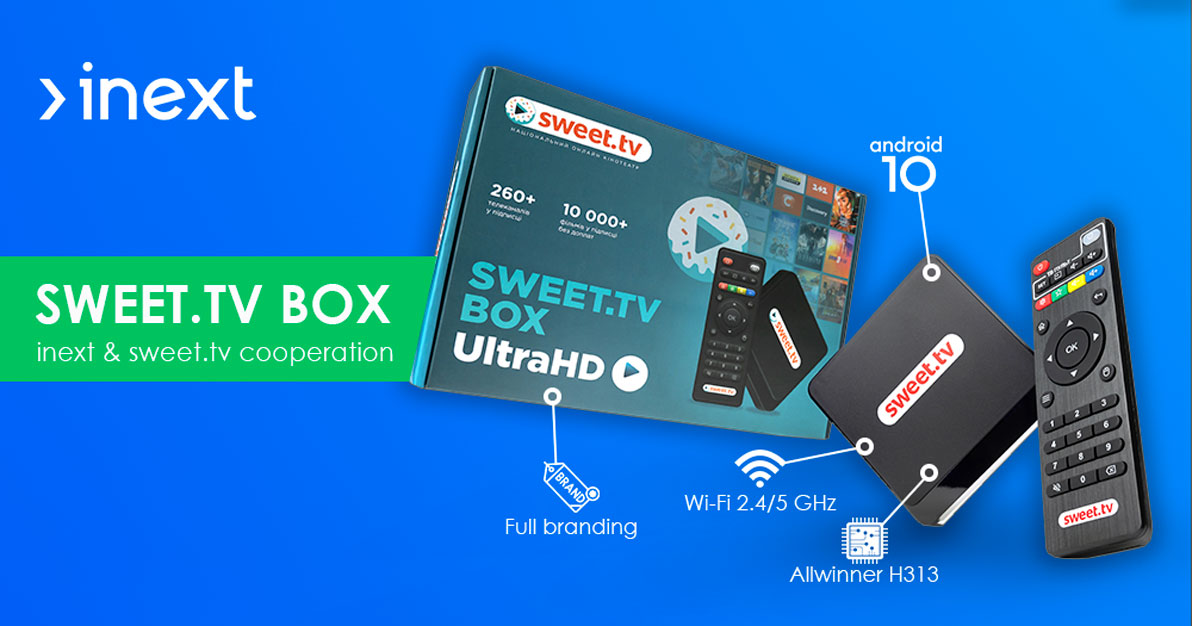 Story of outstanding partnership between inext and SWEET.TV
In the modern world of IPTV and OTT services it is hardly possible to find something as common as an effective business collaboration. Some of those collapse long before it is all said and done. However, sometimes it happens to be the story of massive success and extraordinary compatibility.

The case of SWEET.TV and inext definitely belongs to the latter.
SWEET.TV is one of the most technologically advanced streaming platforms, that provides its subscribers with the content for the whole family. It is available everywhere within the internet connection. Service belongs to the most successful brands of VAN Group media-tech company with a focus on innovative streaming service technologies (headquarters at Bratislava, Slovakia).

Applications of SWEET.TV can be installed on smartphones, smart TVs, tablets, Xbox, and its content is available at the web version as well. 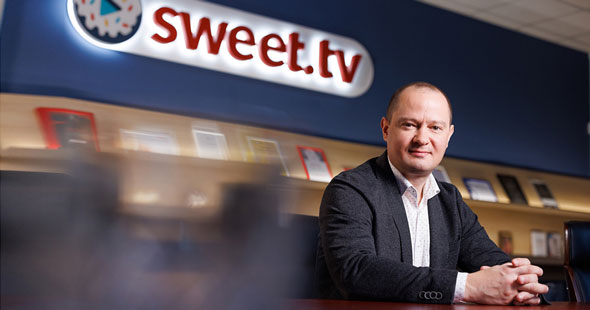 “Through the course of implementing our service we searched for the way to operate at the TV screens completely independent from the Google Play, Apple store and other third parties and, finally, found one”, – said Oleksandr Rezunov, SWEET.TV’s Director.

inext, a Ukrainian company that specializes in development and production of Android STB and media players for B2B and B2C markets, provided the answer for that search, not least due to its versatility and individual approach in the development of solutions for IPTV/OTT. It is a truly international team, working from Slovakia, Greece, China and Ukraine. An exclusive distributor of inext set-top boxes in Ukraine is ROMSAT.

“What we offer is a high quality up-to-date media player, which software is able to use any type of payment systems for its applications and, as well, is free of digital stores’ license policies” – , said Pavel Sidorov, inext’s Chief Commercial Officer, – “Those features are crucial for any operator to provide the best service it can, without paying conditional fees for each subscription charged and handling with highly inconvenient procedures of copyright and licensing, which are interchangeable on almost a daily basis”. 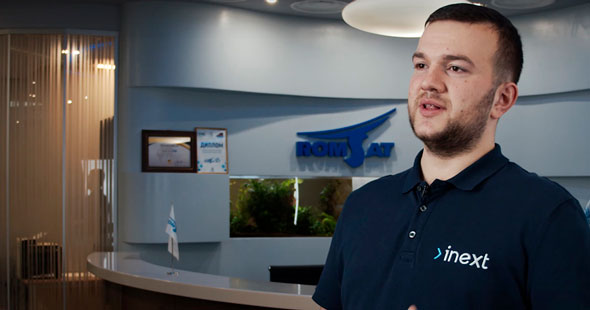 In other words, inext media players based on AOSP are a solution to avoid any extra payments or update restrictions which are collateral for any platform that uses digital stores. However, inext has another ace in its pocket that deserves attention. 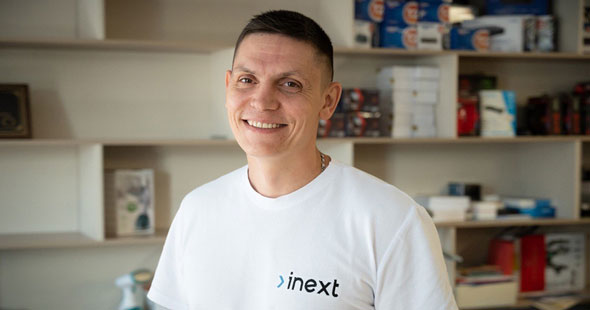 “The benefit that operator gains when opting for inext’ STB – is an ability to completely control the user’s device”, – mentioned Maksym Schygol, product-manager inext at ROMSAT, – “With the help of inext Alcatraz system, you can not only see STB’s Model name, MAC address, Serial Number, Last IP address, and Activity status, but also you can deactivate it or send a warning to the user that stops paying for his/her subscription”.

Business partnership started in 2017 when SWEET.TV’s management contacted ROMSAT – an exclusive distributor of inext set-top boxes in Ukraine, in order to make a joint product. This decision was based upon several years of successful cooperation in a similar project between ROMSAT and Trinity company, which shares the same holding with SWEET.TV.

Once the product has been effectively tested in small portions and was ready for the mass market the most 2020’s thing has happened – Covid 19. Inevitable major logistic issues changed the way the media player was designed – an unavailability of crucial components from China led to serious shortages ( chipsets among others) and, therefore, a need to reengineer the box. An ability to improvise in tough circumstances helped to obtain reachable (though more expensive) components for the device and, ultimately, to draw it up in a superior way to what would have been.

However, it is the unbelievable energy, positive attitude and ambitions to change the game by both parties that led to a successful release of the product to the mass market. The number of 100 000 devices was topped by the end of 2021.

“We offer a high quality up-to-date media player with all features that are available for SWEET.TV service with its price lower than it actually takes to purchase an average 32-channel TV tuner”, – said Pavel Sidorov.

Security of eventual product for SWEET.TV service has been a point of great importance, therefore the box was developed according to the high standards and cannot be reconfigured at home.

The time of joint project has been highlighted with the smart distribution policy:

Having said that, one of the most lucrative steps taken to increase operator’s income was offering a monthly SWEET.TV package with free inext media player (6 months subscription min), as 85-90% of subscribers renewed after the expiration of the trial period.

“Cooperation with inext helped us to provide subscribers with a high quality device that fully met their needs, while gaining access to 270 TV channels, as well as 10 000 films, animations, TV series and training courses on SWEET.TV”, – said Oleksandr Rezunov.

However, the strong belief in the quality of the end product by both parties, the desire to craft and develop the technology, as well as fortitude and willingness to support the people of Ukraine – are the signs of a bright future. The very best for inext and SWEET.TV is yet to happen!

Newer TVBEurope: Continuing to operate during a war
Back to list
Older inext is now represented in Slovakia